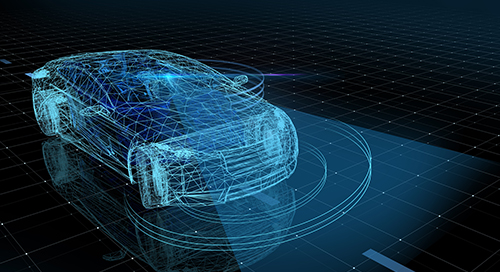 LiDAR (light detection and ranging) is a laser-based 3-D sensing technology that creates high-resolution maps of various environments. It is increasingly utilized in a wide variety of applications, including machine vision for industrial robots, mapping and surveying, atmospheric measurement and even face recognition in mobile devices.

Perhaps today’s most high-profile application for LiDAR is as a vision system for autonomous vehicles. LiDAR for autonomous vehicles requires the highest-level performance and reliability to ensure the safety of passengers, other motorists and bystanders, and these intense requirements are driving  a lot of investment and innovation in the space. Recently, Volvo announced LiDAR-equipped cars with self-driving capabilities on the market by 2022. On the investment side, over $1.3 billion was invested in venture-backed LiDAR sensor companies.  They are investing for good reason: Yole Development predicts the automotive LiDAR market could be worth $6 billion by 2025, with millions of sensors on the road.

Since LiDAR creates a three-dimensional map of its surroundings that can be refreshed multiple times per second, it is an ideal system for gathering critical environmental data to inform the autonomous driving system. The LiDAR sensors are essentially the “eyes” of a self-driving vehicle.

A LiDAR sensor has three main optical components.  First, it needs a light source, typically a near-infrared (NIR) laser emitting in the 900nm to 1600nm wavelength range, to emit light at a target. Second, there is a mechanism to direct the laser beam and scan it over the environment, often called the beam steering mechanism. Lastly, a LiDAR device needs a detector to collect the light returned from the target, and that collected light will be interpreted to measure distance, velocity and shape of an object.

Different LiDAR implementations use different detection mechanisms to create the 3D point cloud of the environment. In many cases, the distance from the LiDAR sensor to the target is determined by measuring the time-of-flight (ToF) of the send and return trip of the light from the sensor to the target. Since light always travels at, well, the speed of light, knowing both velocity and time makes calculating distance straightforward. Other sensing approaches, such as the emerging frequency-modulated continuous wave (FMCW) LiDAR use coherent transmission and detection principles, similar to those used in the optical communications space to drive ultra-high bandwidth (more than 1Tbps on a single wavelength) and long-haul reach (>1000km).

Other components within the LiDAR device include sensors (e.g., a photodetector or photomultiplier) and beam-steering optics that scan the light beam in two dimensions, which, when combined with the distance data at each point, creates the three-dimensional point cloud. The beam-steering mechanism can use a set of mirrors that adjust their reflection angles to raster, but there are also so-called “solid-state” LiDAR scanning approaches that require no moving parts, such as flash LiDAR, phased arrays, or even MEMS (microelectromechanical systems)-based steering approaches.

Since these systems are creating a lot of critical information at a rapid rate, there are electronics to control the optics, compute and process the dataset, and potentially positioning and navigation systems on board as well when used in a mobile platform like an autonomous car.

The challenge, as with any laser light-generating device, is how to cool LiDAR components to maintain peak performance in a broad range of applications and operating environments.

As the laser operates to produce light, it also generates heat, which can shift the laser’s wavelength if the laser chip is not properly cooled. Exactly how critical this is depends on the type of laser employed and the nature of its application.
Temperature and wavelength stability are especially challenging in automotive components, because the required operating temperature range is quite large (up to 125°C), which can lead to an unacceptable amount of wavelength drift of the light source. For VCSEL-based (vertical-cavity surface-emitting lasers) LiDAR sensors, this may be less critical, since their emission wavelengths tend to be more stable against temperature fluctuations as compared to edge emitters.

However, because of the high optical power requirements dictated by the long range requirements for automotive LiDAR, many automotive LiDAR sensors are moving towards using 1550nm lasers, which are eye-safe at much higher powers than shorter wavelength VCSELs. All 1550nm lasers are edge-emitting chips, which require cooling for wavelength stability across the temperature range.  Pulse width & modulation frequency stability is another concern and can vary unpredictably over the wide operating temperature range required for automotive components. Finally, the overall reliability of the light source can be improved with proper cooling to a lower, sub-ambient operating temperature. In FMCW LiDAR, thermoelectric cooling is absolutely necessary to provide tight control over modulated wavelength and ensure proper detection of the returned light relative to the reference signal. Similar to coherent optical communications components, the optical components in FMCW LiDAR sensors will likely always require temperature control using a TEC to lock the reference signal frequency.

Proper cooling leads to increased sensitivity for PIN detectors due to lower dark current and thus higher signal-to-noise ratio, especially at elevated operating temperatures. Also, active cooling with TECs can lead to a larger stable operating temperature range for APDs (avalanche photodiodes), which are sometimes employed in LiDAR systems. The operating voltage of APDs is highly dependent on temperature. The cooling and temperature stability provided by thermoelectric coolers (TECs) can ensure stable detection even in the most demanding environments.

Thermoelectric cooling for LiDAR devices also opens the door to new functionality where wavelength control is critical. ToF of the source light pulse is typically used to measure range, but wavelength shift can also be measured in a doppler effect detection scheme to sense velocity data in addition to range. A temperature-stable LiDAR can also enable applications where multiple laser wavelengths are used to deduce new information critical to ensuring safe operation. Compact beam-steering mechanisms, such as those governed by electro-optic or MEMS-based steering arrays enable small, aesthetically pleasing LiDAR sensors that can be easily hidden on passenger car exteriors, but they may require active cooling to maximize performance across the entire automotive temperature range.

FMCW LiDAR, which offers multiple technical advantages over traditional ToF sensors, such as increased sensitivity/range, the use of lower-power lasers, complete rejection of interference, simultaneous detection of velocity and potential operation in all-weather conditions, simply does not work without  precise temperature control from TECs inside the optical components.

LiDAR is known for precision and accuracy, but demanding applications like autonomous vehicles require absolute, consistent performance and reliability over a wide ambient temperature range to ensure the safety of passengers, other motorists and bystanders. Active cooling provided by a TEC will maximize performance and can play a key role in ensuring safety and reliability, while also minimizing component cost to keep your solution competitive in autonomous vehicle applications. If LiDAR sensors are the “eyes” of autonomous vehicles, TECs are the eyeglasses.

Learn more about designing TECs for the perfect blend of cost and performance by reading our Design Guide or read about reliability of TECs in LiDAR applications here.