Take-aways and trends from Automotive LiDAR 2020

The recent 2020 Automotive LiDAR conference – held virtually this year – was a great opportunity to learn about technical and market trends in the Automotive LiDAR industry.  Leading sensor manufacturers, sub-component makers and industry analysts presented their take on this nascent but fast-maturing space, and we found it fascinating. As a leading provider of TECs for LiDAR lasers, detectors and sensor systems, Phononic attended the conference to get a read on the latest and greatest technology, and we weren’t disappointed. We learned a lot about where the industry is heading – from passenger vehicles to delivery robots, the applications for LiDAR in autonomy are manifold, and we are excited to see what the next decade has in store for automotive LiDAR and autonomous vehicles.

LiDAR is starting to be used in Advanced Driver Assist Systems (ADAS), but high-level Autonomous Vehicles (AV) are still 5+ years away. While many of us cannot wait until there is a self-driving car in every driveway, the entire industry is signaling that the technical, commercial and regulatory challenges involved with realizing widespread Level 4+ autonomy (i.e. the car drives itself in all conditions, and driver intervention is only optional) will take at least 5-10 years to solve and be released to the market. That said, numerous original equipment manufacturers (OEMs) are releasing cars equipped with LiDAR as part of their ADAS starting next year! Volvo, BMW, Lucid and Daimler have all very publicly announced production models releasing in the next two model years, which will go a long way towards driving adoption in the industry. On the hardware side, companies like Luminar are demonstrating LiDAR sensor specs that meet the requirements for L4+ autonomy today. Frequency-modulated continuous wave (FMCW) is gaining a lot of momentum. The hot technical topic at the conference was FMCW LiDAR … and with good reason. The sensitivity, range, immunity to interference and simultaneous collection of velocity data made possible by FMCW sensors is a perfect match for automotive’s stringent requirements. Ours Technology gave an exciting talk that demonstrated their sensor in action (virtually). Many other companies (stealth and public) are developing FMCW sensors geared towards the automotive market.  FMCW works very differently from more common time-of-flight (ToF) LiDAR sensors and requires tight wavelength control as well as narrow laser line-width. It also operates in the 1550nm wavelength space – all of which means active cooling and temperature control with Phononic’s TECs is critical to operation.

LiDAR reliability standards are starting to take shape. Since LiDAR is a safety-critical system for autonomous vehicle technology, it goes without saying that LiDAR sensor reliability is of utmost importance. Critical conversations about how to ensure automotive-grade reliability are finally starting to advance beyond the abstract. Automotive reliability standards like AEC-Q100 and AEC-Q102 were discussed at length during the conference, which is a clear milestone in the maturation of this industry (one of the conference presenters even joked, “No one was talking about AEC-Q reliability standards at this show last year!”). Ensuring a LiDAR sensor product can operate reliably across the wide automotive temperature range (AEC-Q100 level 2 range is -40°C to +105°C) will be absolutely necessary to reach the mass market.

Software is at least as challenging as the hardware. While there were many talks about the multiple permutations of laser, detector and beam steering optics employed in LiDAR systems, at least as many talks were focused on the software and data- crunching that drives the perception and decision-making algorithms. Taking LiDAR point cloud data and turning it into actionable information and a command set for the “A.I.” of the autonomous vehicle is no small task, and making sure the car does the safe thing – every time – is even more of a challenge. Talks ranged from how to most accurately combine camera and LiDAR data to connecting a car to map databases using GPS, and it was clear that just generating a high-resolution 3D map of the car’s environment is not enough to ensure safe autonomous cars. Success in automotive LiDAR and autonomous driving will require the best optics and hardware as well as the best synergy with the car’s control algorithms.

Passenger cars may be the smallest market segment for Automotive LiDAR by 2030. COVID-19 has certainly changed the way people work and play in the short-term, and it may actually impact the shape of the autonomous vehicle market for years to come. As people work from home and opt for more online ordering and delivery, our commute habits and  purchasing routines may look different well after the pandemic is over. The many reputable market analysts that gave presentations at the conference highlighted the importance and clear value of autonomy in long-haul trucking, delivery as well as robotaxis and ride-sharing. In fact, these segments are expected to adopt L4+ autonomy (and the requisite LiDAR sensors) at a much faster rate and scale than passenger vehicles. Some even went as far to say that the advent of autonomous vehicles will reshape the entire automotive market in one decade, when personal ownership of vehicles will become increasingly less common.

Active cooling is practically necessary for long-range, high-performance LiDAR. Public partnership, investment and acquisition activity suggests that passenger car OEMs and autonomous vehicle development companies are betting on LiDAR sensor makers that can deliver long range and high performance today. Whether the LiDAR sensor architecture is FMCW or ToF using more eye-safe 1550nm lasers, it is clear that long range and high performance LiDAR truly benefits from active cooling and temperature/wavelength control using TECs. Additionally, it is likely that even shorter wavelength LiDAR (e.g. 905nm edge emitting laser-based) sensors may benefit from improved wavelength control by reducing interference from background sunlight. Since ensuring high reliability is also critical, actively cooling the laser to run at a temperature much lower than the 105-125°C limits can also significantly increase the mean time to failure (MTTF) of compound semiconductor lasers and detectors. Phononic’s unique approach to TEC design and our stringent reliability standards make certain that our devices can operate reliably for the life of the vehicle. That means more reliable LiDAR sensors and – as the critical component giving the car three-dimensional vision – safer autonomous vehicles. 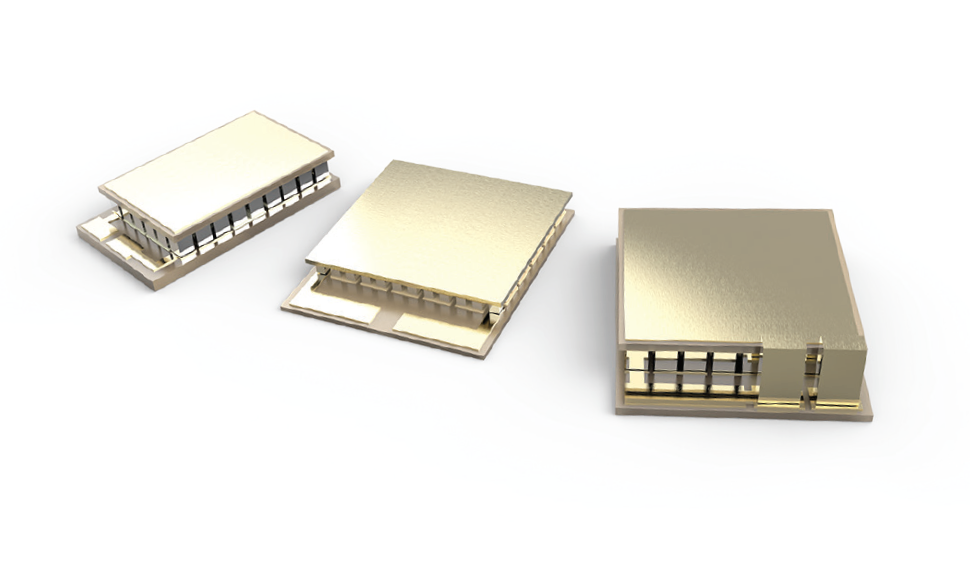