What is Thermal Design and How is it Used?

Commercial end-use applications developed by a thermal design include cooling and heating products such as heat pumps, heatsinks, refrigerators, freezers and HVAC units.

Thermal design has traditionally leveraged compressors with heat pumps and heat sinks to generate heating and cooling. Compressors are composed of fans and other moving parts. Compressor-based technology has several drawbacks. First off, compressors are bulky and take up a lot of space (for example, inside a refrigerator). Second, they operate by cycling temperatures up and down throughout the day, so they generate a lot of temperature fluctuations (up to 5 degrees Celsius). Third (and in terms of mechanics), they are prone to breakdowns, failures, and degradation. Fourth, they also require harmful chemicals such as freon to operate.

Meanwhile, a significant modern advancement in thermal design is solid-state technology. Solid-state refrigeration refers to generating cooling with semiconductor devices instead of with antiquated mechanical compressors.

Phononic has a team of engineers working on solid-state thermal design applications. From the component standpoint, we support the telecom/datacom industry by designing TECs that deliver superior performance, with up to 30% lower power consumption and 60% higher heat pumping density.

For commercial cooling end-user applications, Phononic has developed a line of solid-state refrigerators and freezers in various sizes and configurations. These products are designed for sales and display of products in food and beverage applications, such as grocery stores, restaurants, and bars. There is a medical-grade line as well for life sciences and healthcare applications, such as patient room refrigeration, breast milk and vaccine storage, and laboratory storage.

Phononic's team of thermal engineers is always working on the cooling applications of the future, aiming 5-10 years out in terms of research and development. 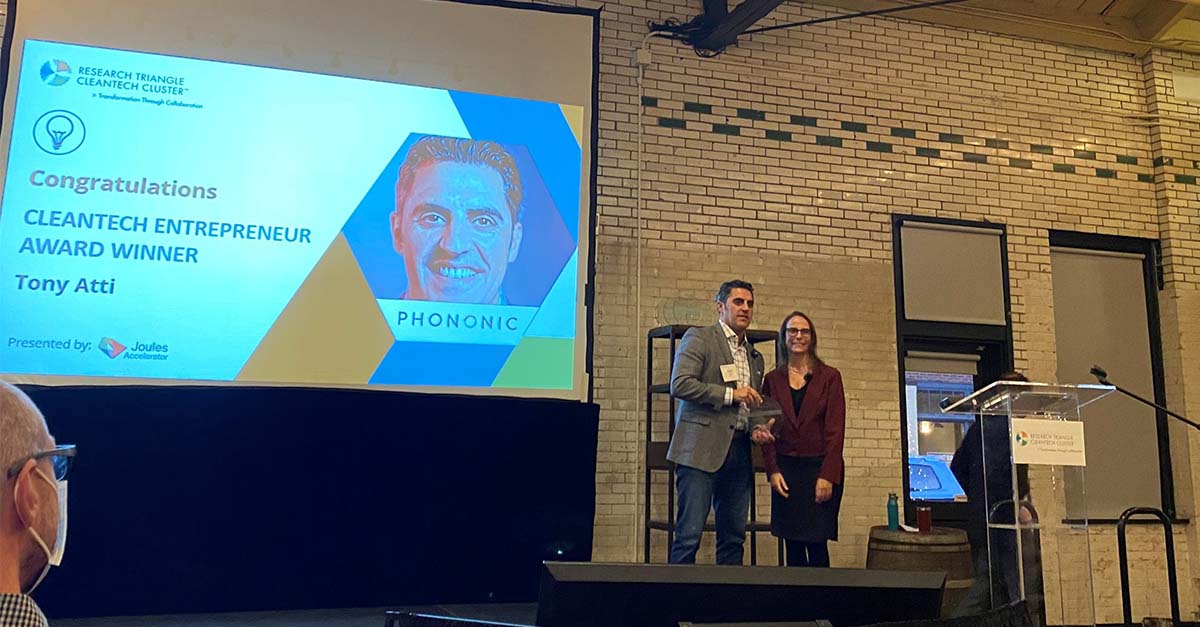